Thursday night, May 20th 2021. It begins with a series of frantic phone calls. A woman known to the rescue community has not responded to a well check from a friend. Another concerned person enters her home and finds her in distress…. but she also stumbles upon the horror documented in these pictures.

The original estimate was 50-60 cats, but the numbers kept climbing and eventually totaled 80! We found cage upon cage of cats, stacked in every room. No food or water for days, filthy litter boxes, clutter everywhere, and loose cats in the home running around in a terrified frenzy for food and then retreating to their hiding places. All flea ridden, emaciated, and begging for help. Mothers with newborn kittens trapped in fabric enclosures, sick animals in need of vetting.

From that point on, our Give Me Shelter Project volunteers went to the house to tend to the cats every single day for six harrowing weeks. They vetted, medicated, segregated, re-designed living space for air flow and cleanliness and worked endlessly with assessing and attending to very traumatized cats including many that we learned had been housed in small cages for years.

The Town of Hempstead Animal Shelter was a tremendous help as they ultimately took 40 of the cats and kittens. Give Me Shelter Project took possession of the other 40. As of this writing (November 2021), we have about 20 cats remaining that need placement in adoptive homes. The costs associated with this project were extraordinary and thankfully, a good deal of it was offset by the generosity of those who donated to this effort. However, the medical bills have exceeded those donations and continue to mount for some that have continuing medical issues.

There are a number of lessons learned from this experience:

A HUGE THANK YOU to those who volunteered, donated, and supported this effort in countless ways. There are far too many to name. This did indeed “take a village” and together, we did “move a mountain”.

Your generous support keeps us going

All donations are tax deductible

Jesse 🥰 He loves his foster human!! Not to men

Our little nugget Oakley is on the mend!! Thank yo

This October we honor of all our team members, vol

Kittens are all about sunbeams and treats!! . #ad

Today is the last day to VOTE . The COVID pandemic

Charlie doesn’t care that he’s FIV+. He only k

Jesse 💙 our beautiful tabby baby is looking for

Panther baby 💙 Luke is looking for his forever

Kelsey.... sisters and BFFs with Kylie 💕. These


Error: API requests are being delayed for this account. New posts will not be retrieved. 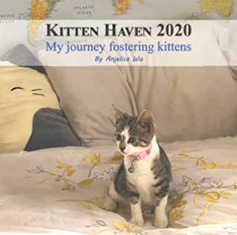 Our very own Angelica Wu wrote a book about her experience with fostering kittens and cats for Give Me Shelter Project! Read More…

Do you know anyone who may be willing to adopt our supposedly unadoptables and our very adoptables?
Please let us know!